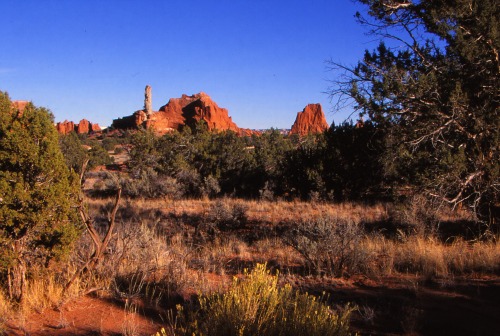 Located in the northwest corner of the Kaiparowits Plateau, Kodachrome Basin State Park gets no respect.

Perhaps it is due to her location, somewhat off the beaten track, and tucked away within the sprawling Grand Staircase Escalante.

Perhaps it is because she is so often overshadowed by her larger cousins to the north: Bryce Canyon, Zion and Arches National Park.

But, for whatever the reason she deserves more.

In 1949, a National Geographic Magazine expedition, led by writer/photographer Jack Breed, set off into the wilds of southern Utah,

“…hoping to find unknown and yet unnamed geographical oddities in the hidden cliffs and canyons.” 1
After only going,

“…only five miles on the first day of their trip they stumbled upon “A Color Photographer’s Paradise.” 2

“Fearing repercussions from the Kodak film company for using the name Kodachrome, the name was changed to Chimney Rock State Park; however, within a few years Kodak gave permission to rename the park Kodachrome Basin State Park.” 3 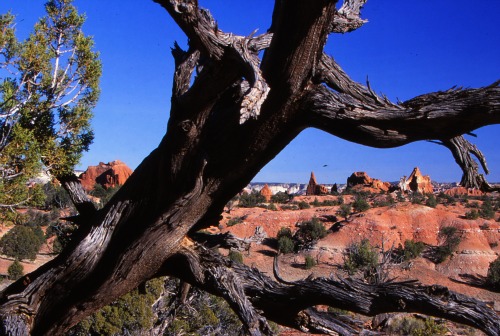 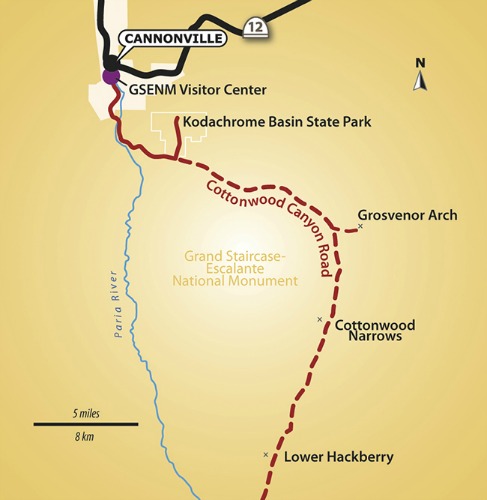 It sits at an elevation of 5800 feet and spreads out over 2,240 acres of unique geologic formations, coral sand dunes, pinyon, Utah juniper, rabbit brush and sage.

There is a camp store where you can buy supplies and schedule a stagecoach ride or guided horseback ride into the backcountry.

The park is open all year. 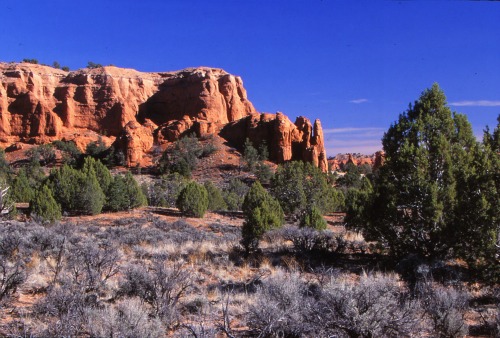